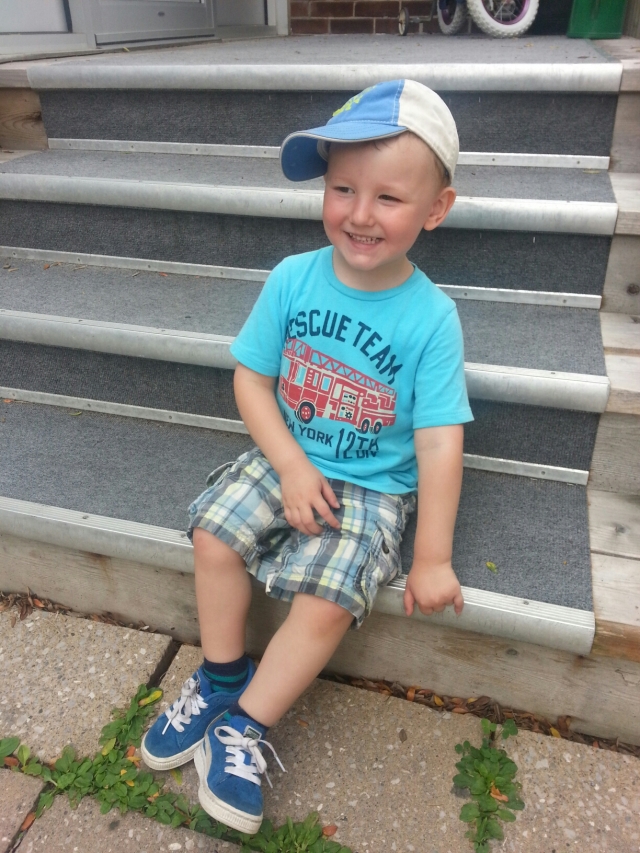 Buds on his first day at preschool

Buds is not your typical two year old in many ways. For one thing, he’s a chatterbox and almost never stops talking. He tells stories, but mostly he wants to know about everything. We went to the museum and he wanted to know the names of all the dinosaurs.  He loved learning about hieroglyphs and the mummies. He wants to know what every new word means and then repeats it until he can use it on his own. It’s pretty remarkable watching him and I couldn’t be happier with his love of learning.

Braeden also is very friendly,  never too tired, shy, or cranky to talk to a stranger or friend. Seeing him at school, he plays with new kids every day and tells me stories about how they took turns with the cars outside.

At two and a half, it’s both sweet watching him talk to strangers and, well, a bit scary. At what point do I make the switch from it’s ok to talk to strangers to never talk to strangers? We’ve already talked about never opening the door and to be careful around cars and when crossing the street, but I’m not sure about how to move forward. My son is sweet and funny and loves to learn, I don’t want to turn him into a scared, withdrawn boy whose immediate response to “What’s your name?” is “Why do you want to know?”

As he and his sisters get older, there are so many talks we’ll need to have. Talks about strangers and body changes and many other unpleasant things. For now though, under my watchful eye, I’m okay with Buds just being a two year old.