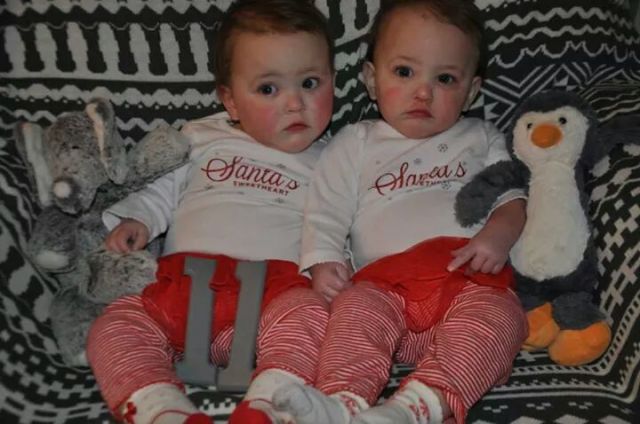 Eleven months! This is officially the last month before the girls turn one. Sniff. Don’t mind me, just trying to figure out where this year has gone.

What a difference a month has made for Raegan in particular. In just one month, she got four teeth, is officially crawling,  sits up more on her own (she could before but hated it), and can stand holding on to someone or something.  She’s 17 pounds of sass and chats up a storm.  We’re working on clapping and waving, but Miss Raegan does not perform on demand.

Ella is desperate to keep up with her sister but isn’t quite there yet. She is 18 pounds now, and I swear the whole pound is in her big chubby cheeks that I love so much. No teeth yet, but she also is quite the chatty lady.

Last week, the girls met Santa with their brother and both seemed fine being near a man with questionable facial hair choices. Raegan tried to pull his beard,  but as it was attached,  I put a stop to that. 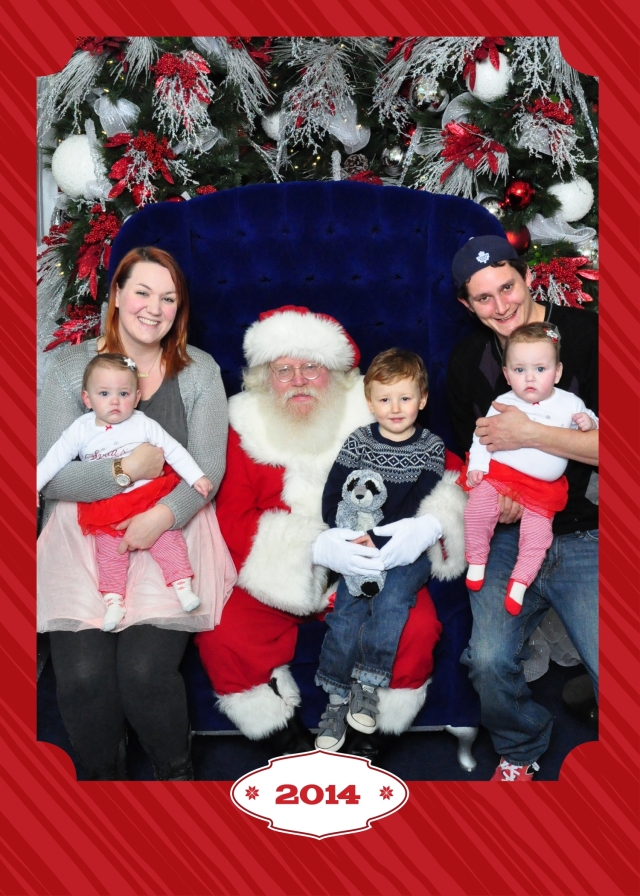 Unfortunately,  the black plague, or something similar,  has descended upon our house and we’ve all been taken out. The girls and I have spent the last couple days sequestered in the house being miserable.  Hopefully  we’ll all recover quickly so that we can get back out into the real world and enjoy Christmas!