Wow, one year! I can’t believe how fast the time has gone by and how long ago their births seem.

The girls are only nine months corrected so I decided to forego a big first birthday bash and instead keep it simple with just dinner and cupcakes tonight. My plan is to celebrate their one year home in March when they’ll be a little more into it. 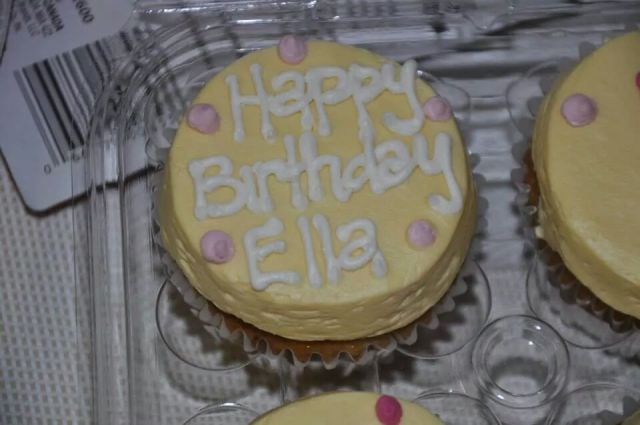 Cupcakes by The Cupcake Shoppe, Toronto

We don’t go to the doctor until next week so I’m not sure of the girls’ weights but Ella is getting heavy and hauling their car seats around is getting brutal. Raegan still seems so teeny tiny compared to her sister,  but sassy nonetheless. 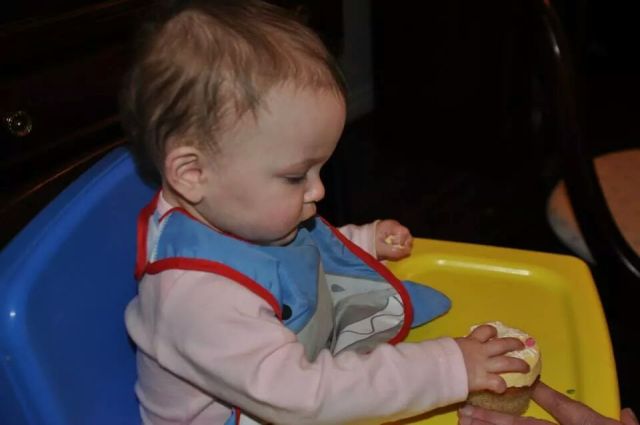 Raegan digs into her cupcake

Raegan has four teeth that have fully come through and about another four poking out of her gums. She’s crawling and can stand holding onto something,  but instead of pulling herself up, she just randomly tries to stand up to see what happens. She loves food,  especially feeding herself, but has really pushed back against milk. I’ve started transitioning the girls to homo/whole milk but she’s just not super interested in liquids.

Ella has three teeth and a few more ready to come out. She is currently trying to roll over from her back and tries to sit herself up. The last couple of days she’s started to lean over her high chair to feed herself and play with her toys. Her cheeks are always pink and she loves getting smooches on them. 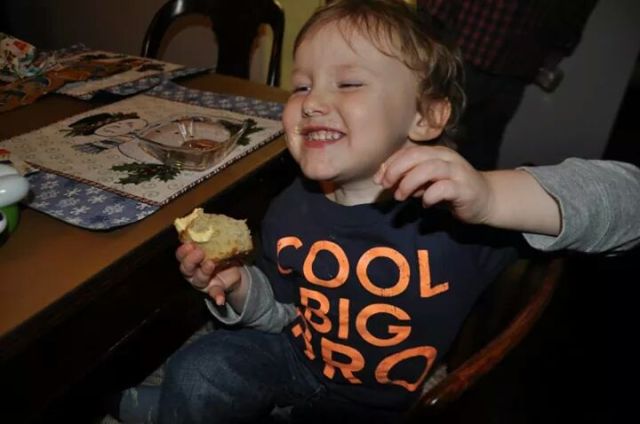 Buds is pretty happy about his sisters' birthdays - it means his is next!

The girls are both pretty vocal and chat constantly.  They’re also super empathetic; they don’t like it when the other is upset, and they still hold hands in their highchairs, which is heart warming to say the least.

We’ve had a wild ride this year and  I can’t wait to see what the future holds for my sweet girls.