I think it was last year that I received my first ever message of Happy Father’s Day. It wasn’t ever something I had ever really thought of; us singles celebrating both Mother’s and Father’s Days until that moment.

I know several other single mamas, and a couple single dads, whom I’ve chatted about this with. Not all single parents take on the role of both parents because they don’t need to, but there are many of us who do. Not only do we never get a sparring partner or someone to tag team when we’re sick/tired/fed up, we also have to be both good guy and bad guy. We have to be equal parts nurturer and disciplinarian. And quite frankly, old ideas of gender and parental norms have no place anymore as my role as “mother” isn’t instantly noticeable from my role as “father.” Basically, I’m just trying to raise some decent humans and that means accessing all parts of myself while trying to maintain my sanity.

At the beginning, I would say we were just surviving; trying to figure out what the hell life was going to look like, but now we’re thriving. We are our family, just the four of us, and while it would be amazing to have a positive male presence and role model in their lives, I’ve come to understand that that probably doesn’t mean romantic partner for myself. We would definitely welcome others into our fold with open arms, but we don’t need anyone else. We definitely don’t need a knight in shining armour or any such nonsense, cause I got this. That’s not to say I’m some super human parent laughing in the face of adversity; shit gets real around here all too much, but we have our routines and our inside jokes and our special moments. We have trips to the zoo and walks to the movies, we have picnics on our living room floor, and afternoons spent braiding hair and doing nails, and yes that includes Braeden.

There is a sense of loss for my kids and I know that, particularly for my son who finds today triggering. But we talk and apparently my son’s vocabulary for feelings and understanding of feelings is advanced for his age, so cheers to my Master of Social Work for that. There’s a small ache in all of us, including myself, as I sit on the sidelines as my friends and family get to watch their partners parent, for my friends with children with different abilities, seeing them altogether battling, as a family, brings a lump to my throat.

So yes, some of us do damn well take on both parenting roles. All the time. And it’s exhausting and overwhelming and sometimes crap, but also, it’s all the cuddles and giggles and dimples to ourselves and when our kids turn out to be decent humans, we’ll know where they get it from. 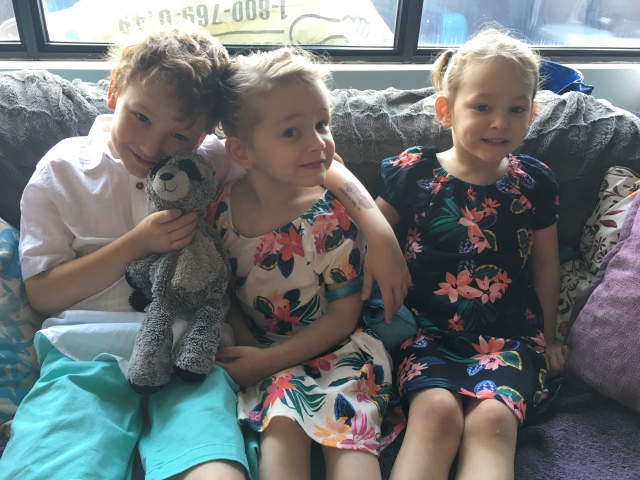