Ella has officially graduated from preschool! On her last day of school, all the parents and caregivers came and watched a video of the previous year followed by a graduation ceremony to say au revoir to preschool and get ready to start Junior Kindergarten in September.

As I watched the video play, I kept an eye on Ella who excitedly clapped for her friends when she saw them onscreen or gently patted their shoulders or legs to cheer them on. As her pictures filled the screen of her various adventures over the school year, I teared up looking at my amazing Ella.

There she was, a smiling, cheerful 4 year old who once struggled so much to survive that I wasn’t sure if she would ever see life outside of the hospital walls. But not only has she survived, she has thrived as her own little rainbow of sunshine and lollipops that fills the air with giggles and songs.

I teared up hearing Ella’s teachers asking her what they would do without her next year and as one of her friend’s dads told me that my daughter is amazing. And she is, people fall in love with Ella and her cheery disposition everywhere they go. On the weekend at a family event, Ella laughed and played with a guest and then gave her a big hug, as the woman told her that she would never forget playing together, and I don’t doubt that she will.

Sometimes I wonder what would have happened if Ella had been born first. What if Raegan had CP and not Ella? I imagine Raegan’s frustrations at wanting to do all of the things RIGHT THIS SECOND, but mostly I just think how suited Ella is to having Cerebral Palsy, almost as if fate intervened and said that girl, that one with the sunny disposition, she can handle it. Her frustrations exist but are usually replaced by her excitement at doing almost anything, and even in her crankiest and most exhausted moments, Ella always knows what others need. After her Botox injections, I said to Ella how proud I was of her for being so brave, and she said to me, “I’m so proud of YOU, Mama!” and it was exactly what I needed in that moment of chaos and worry and fear.

As I looked at Ella in her cap and gown, I see such an amazing little girl. A girl who beat the odds, who fought the fight, who sings on the subway, and who will change people’s perceptions of what it means to have Cerebral Palsy and to have different abilities. In short, my amazing Ella will impact the world, and this is only the beginning of her journey. 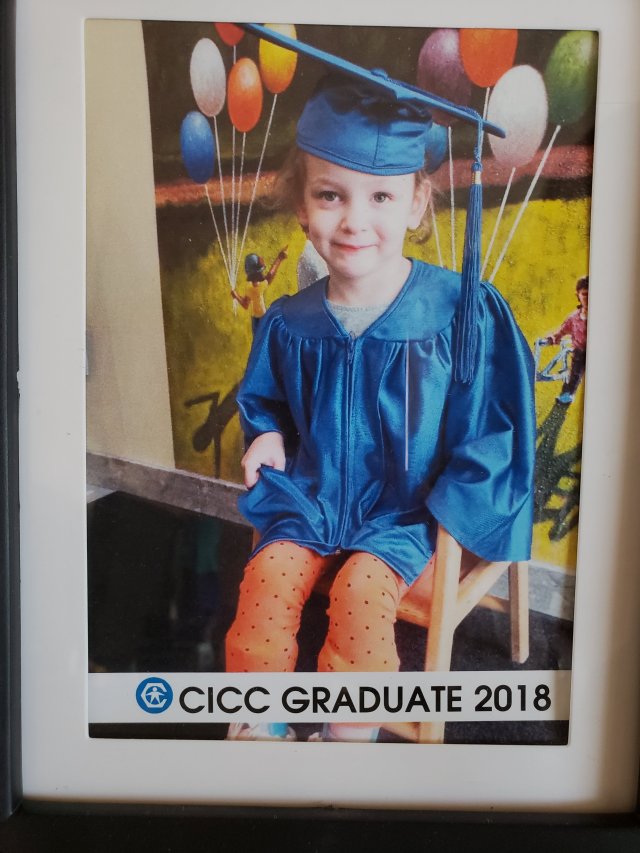 2 thoughts on “Amazing Ella is off to Kindergarten”