Today is Jason’s birthday, and last year on his birthday we found out we were having girls. It’s pretty hard to top that surprise,  but since he was off, I still wanted it to be special.

We headed to lunch with the girls then over to a baby friendly movie. Considering we had two babies with us and one of them is Raegan who literally cannot sit still for a minute, it went pretty well. It doesn’t mean I would run out to do it again, but it was something fun and different and another first for the girls.

The best we could do in the theatre!

We picked up Buds from school and went out to dinner which went surprisingly well and ended in dessert, so that’s always a good thing. Buds even fed Jas his dessert which was both hilarious and sweet. As we were getting ready to go, B asked us if we were done our alcohol which was funny since we only had one drink but really makes you feel on the spot when your two year old is questioning your drinking habits.

We’re definitely not the party animals we were in our youth, but as you get older, I feel that birthdays and other special celebrations become less about staying up late partying and more about just spending time with awesome people, and there’s no one more awesome than our three musketeers. 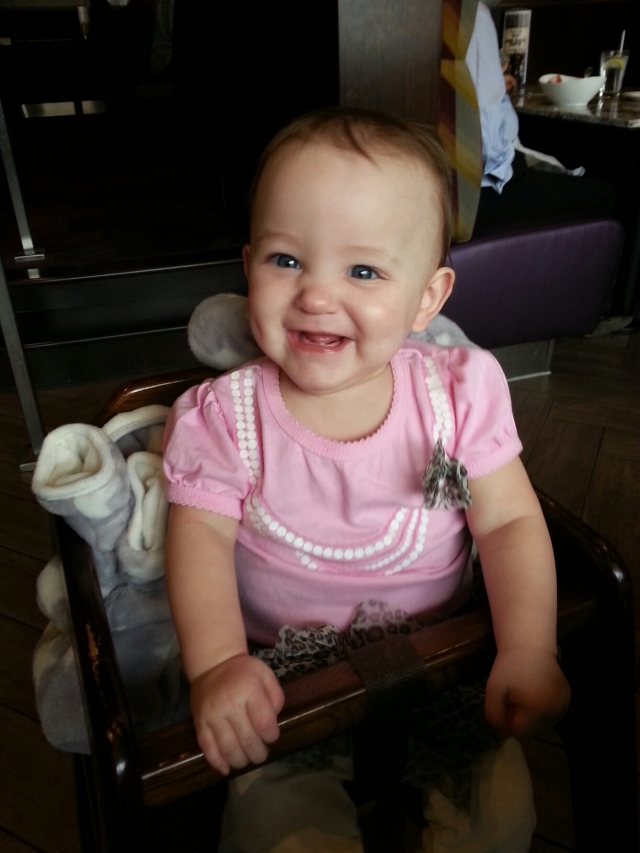 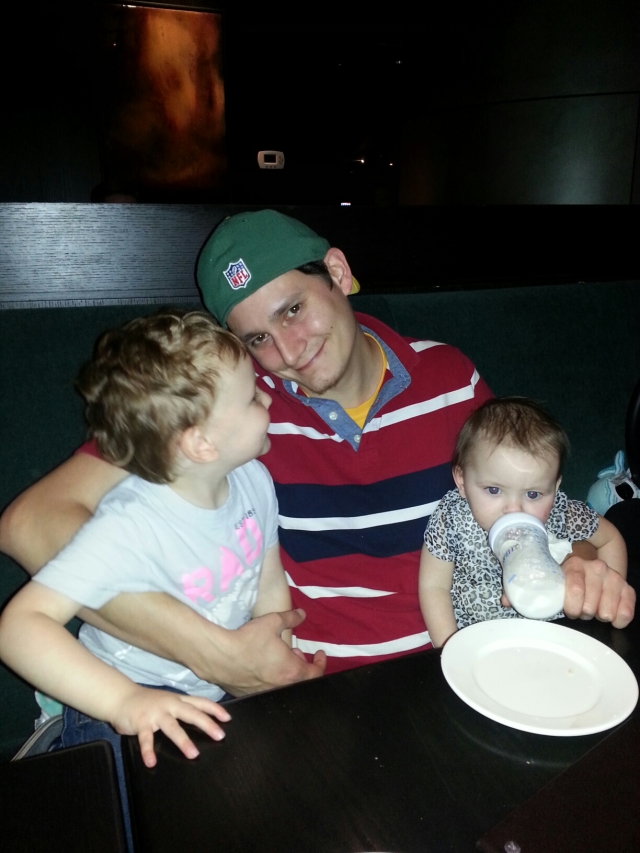 B, Jason, and Ella at birthday dinner